Considering Cause and Fault in Pedestrian Car Accidents 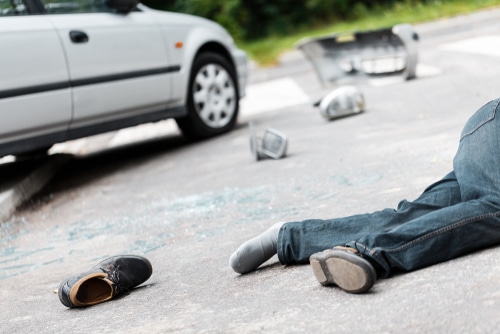 5,987 pedestrians died after being hit by a vehicle in 2016. The NHTSA estimates that around 70,000 more were injured nationwide—meaning that, on average, a pedestrian car accident occurs every ten minutes. The death toll in 2016 is the highest since 1990 and increased 9% over the pedestrian fatality count in 2015. Los Angeles’ numbers are even more worrisome: Between 2015 and 2017, there was an 80% increase in pedestrian deaths.

Los Angeles officials have announced plans to combat the issue but, so far, the city hasn’t seen results. Why is it that pedestrian car accidents are happening more often despite these efforts? Many factors contribute to the increase. Do your part to reduce the rate of pedestrian accidents by learning what causes them.

Drivers and Pedestrians Both Cause Accidents

When hearing about a pedestrian who was hit by a vehicle the tendency is to side with the pedestrian—after all, they have right of way when crossing at any intersection. They are also much more likely to suffer serious injury than the driver. However, pedestrians are not always blameless.

We’ve all heard that using cell phones while driving is dangerous, but what about using them while walking? Statistics show that both pedestrians and drivers who are distracted by cell phones are more likely to be involved in an accident. In fact, talking on the phone while you drive—even hands-free—may be just as bad as driving drunk. Cell phones aren’t going to go away, but can we change user behavior to reduce the incidence of accidents caused by distraction?

Is It a Design Problem?

The EU engineered a 36% drop in pedestrian deaths by requiring car manufacturers to design with pedestrian safety in mind. The US has no such requirements, meaning when pedestrian accidents happen, cars sold in the US will likely do more damage than their counterparts sold in the EU. Add that to the fact that SUV and crossover sales have doubled over the last decade and you’ll see why pedestrian death rates are rising in the US.

City design also plays a part; when stores and restaurants are concentrated along wide streets with high speed limits, accidents are more likely to happen. In Los Angeles, 6% of streets account for over 60% of pedestrian accidents. Though pedestrians are supposed to cross only at intersections, many don’t sufficiently look for dangers before they cross, or try to dash across the street mid-block. Drivers are usually held to higher account for carelessness that leads to accidents, but pedestrians who do not follow safe practices may also hold some of the blame for accidents.

Compared to a decade ago, our cell phones have become exponentially more capable—and more distracting. Though some now come with built-in safety features for drivers, we must faithfully use those features to make a difference. Some evangelists claim that self-driving cars are the answer to car and pedestrian accidents, but the systems behind them are largely untested and have already resulted in pedestrian death. We can’t rely on coders to fix the underlying issues that contribute to rising accident rates. Those can only be addressed by drivers and car manufacturers.

What Should I Do After a Pedestrian Car Accident?

Pedestrian car accidents may result in serious injury and astronomical medical bills. Drivers are typically held to a higher liability standard because the damage they can cause is far more serious by nature of the fact that they are in a vehicle. California’s comparative fault law looks at both parties’ behaviors and the defense will try to argue that the pedestrian is at fault when the pedestrian’s actions violate the law.

If you are in a pedestrian accident, collect as much evidence from the scene as possible, including but not limited to photos of the scene of the accident, of the vehicles involved, collect witness information, and license plate numbers. Then, contact a lawyer to help you get the compensation you deserve.