Determining the Value of a Personal Injury Case: How Much Is My Case Worth? 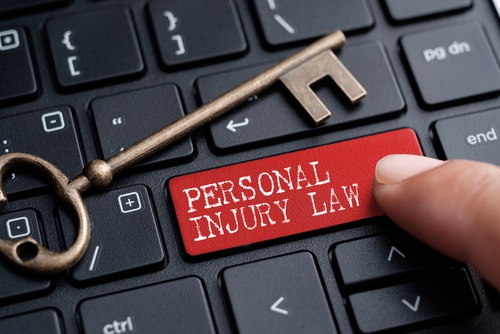 Of all the questions we get from clients, one of the most common is that of “How much is my personal injury case worth?”

There is no simple answer to this question, as many variables play into the value of a given case. And it is very fact specific. But that doesn’t mean that we can’t give you a few pointers to help you develop a ballpark estimate.

The Range of Personal Injury Verdicts: How High and Low Can a Case Go?

On one end of the spectrum, the most lucrative cases can run into the billions of dollars. But these are extreme cases, and often involve injuries so horrible that they can be difficult even to think about. You may have even seen some of these personal injury cases mentioned on local news channels or on social media.

For instance, one of the largest recorded personal injury awards was $150 billion, awarded to the family of deceased Texas man Robert Middleton in 2011. Middleton was seriously injured (and later died of his injuries) after suffering an unusually brutal attack by a neighbor in 1998.

Unfortunately, Middleton’s attacker have the ability to pay $150 billion. The verdict was a purely symbolic gesture on the part of the jury, meant to demonstrate outrage at the perpetrator.

Other verdicts which range into the billions of dollars typically involve class action lawsuits, in which many plaintiffs with similar injuries sue a single defendant. For instance, in 2000, a group of big tobacco companies were successfully sued for $145 billion. (The award was later overturned, and subsequently upheld.) But since the award was split among many plaintiffs and their attorneys, no one person received more than a small fraction of that award.

Needless to say, your personal injury settlement will probably not be anywhere near billions of dollars. (And considering the unthinkable damages you would have to suffer to get to this point, that’s a good thing.)

On the other end of the spectrum, the smallest personal injury cases are usually worth at least a few hundred dollars.

The Seventh Amendment to the United States Constitution guarantees a jury trial in any case where the sum in question exceeds twenty dollars. That may be the case, but taking a case to trial before a jury is quite costly, so most lawyers simply don’t take cases that would not be worth the expenses it would take to pursue them. (And most of the time, you can handle a smaller claim on your own, with help from your own insurance representatives or other relevant parties.)

So, your case will likely be somewhere in the middle, between these two extremes. But where?

Calculating the Value of Your Personal Injury Case

While nothing is certain in a personal injury case, making a rough preliminary estimate of the damages is typically not very hard. In fact, it is a fairly simple mathematical process.

Some “settlement calculators” online claim to be able to help you calculate the estimate. However, these calculators are not always very accurate, so you should take their number with a grain of salt.

Besides, if you know the elements that go into a personal injury award, you do not even need to use a settlement calculator. The formula can easily be done with a pen, paper, and pocket calculator.

The first, and most straightforward, type of damages are economic damages. These are damages to which you can attribute a precise monetary value.

Add together the total monetary value of all of these damages (assuming you can prove them, see our article “How Can I Prove My Injury” [JL1] for a discussion regarding proof) – past and future reasonable and necessary medical bills, past and future lost earnings, and damaged property – and you will have a rough estimate of how much you will be eligible to recover in economic damages.

Sounds fairly simple, right? Well, things are about to get a bit more complex.

If you were in an accident, you are eligible to recover not just the economic losses mentioned above, but also noneconomic damages, which are less tangible, such as pain and suffering.

Pain and suffering is considered a noneconomic damage because there is no direct monetary amount that can be placed on it. You can’t say, “I suffered ten thousand dollars’ worth of pain.” It is very difficult to quantify one’s pain and suffering and, in some cases, no amount of money can compensate for what the person has suffered. For example, how do you quantify what a lost arm or a lost leg is worth to someone? The personal injury law system is not perfect just like most systems aren’t. The best that the personal injury law system can do is make a rough estimate based on a certain formula.

Pain and suffering is typically calculated as a function of your economic damages. There are a few ways of doing this:

There are other ways to calculate noneconomic damages, but these are two of the most common. Although this is necessarily a bit sketchier territory than the economic damages section of your case, you should be able to make a rough estimate of what you will be eligible to receive.

If a defendant did something especially outrageous, as in the abovementioned case involving Robert Middleton, then you may be eligible to recover punitive damages. As the name suggests, these have no purpose other than to punish the plaintiff for an intentionally malicious, or grossly negligent, act. However, punitive damages are awarded only in a very small minority of personal injury cases. If your case involved ordinary negligence, then they will likely not come into play.

Comparative negligence is the final factor which you must consider when calculating the estimated value of your case. If you were partly at fault, then your damages will be decreased, proportional to the degree to which you were at fault.

For instance, if you were 25% responsible for the accident, then your damages will be decreased by 25%. You will only be able to receive 75% of the original amount.

California is a pure comparative negligence state, so you can receive any percentage of your original damages, on a sliding scale from 100% to zero, based on the degree to which you shared fault. In some other states, you would not be able to recover any damages at all if you shared more than 50% of the blame, and in a few, you would not be eligible to recover anything if you were even 1% at fault!

Considering Other Factors in a Personal Injury Case

A lot of other factors go into the consideration when determining a certain case value, the amount of the medical bills is but one of them. Other things such as the age of the person at the time of the accident, their income potential, their line of work, pre-existing injuries also play a vital role in determining case value. The list goes on and it is impossible to list all of the factors here. Some of these factors are seemingly minor, but can still have a big impact on the final amount of damages you receive.

For instance, some road users (such as pedestrians) tend to be favored in the personal injury system, while other road users (such as motorcyclists) face negative bias. Although juries and judges are supposed to be impartial, they are human, and societal stereotypes of pedestrians and motorcyclists (and other such groups) have an impact on the final judgment. Insurance companies assess what kind of witness you would make and the potential of the jury liking or not liking you and factor that into their settlement offer. The better witness you’d make, the better offer you will receive. On the same note, your credibility and the credibility of other witnesses in your case will also factor into your case value.

This is just an example of the type of thing that can have an effect on your case, so as to give you an idea of how complicated the system can be.

The Bottom Line: What Should I Expect?

By calculating these factors together, hopefully you can get a rough estimate of the value of your case. But nothing is certain until the case is concluded.

When you retain our firm as your legal counsel, we will use these factors to come up with an estimate of the value of your claim. The insurance company will come up with their own estimate; they’ll use similar factors.

As you may have guessed, insurance companies are in the business of making money and they cut corners where they can. There will naturally be a bit of push-and-pull between us and the insurance company, during which we’ll try to get the best possible outcome for you. In most cases, both parties can come to a reasonable settlement, based on an approximation of what the case would be worth if it went to trial. In some cases, however, where the parties are too far apart, litigation will be necessary.

Nonetheless, no matter the circumstances, any personal injury claim can be made better in the capable hand of a good attorney.

If you have been injured in an accident, don’t delay, contact the Law Offices of Jennie Levin, P.C. right away. We will do all that we can to help you. Also, if you found this article interesting and you believe that your friends would be interested in learning more about this, then share on Facebook, Twitter, and other social media. Finally, feel free to leave us a comment, and let us know what questions you would like us to answer next!